A little over a week ago we published an article describing how New Zealand’s Justice Minister threw cold water on calls for the nation to reform its cannabis laws. Calls had ramped up after United States President Joe Biden announced a plan to issue pardons to people convicted of federal cannabis possession in the U.S.

New Zealand Justice Minister Kiri Allan offered up various reasons for why new cannabis reform measures would not be pursued, specifically referencing a measure from 2019 that provided flexibility to law enforcement for cannabis cases.

“We have a slightly different context here. In 2019, we introduced the ability for the police to exercise discretion when it came to possession of cannabis offences,” Minister Allan stated earlier this month according to RNZ. “Subsequently, we’ve seen a radical reduction in terms of those that are convicted merely for cannabis possession.”

New data obtained by Newshub is putting into proper context how misleading Minister Allan’s claim truly is. Below is a chart of the actual cannabis enforcement numbers, via Newshub: 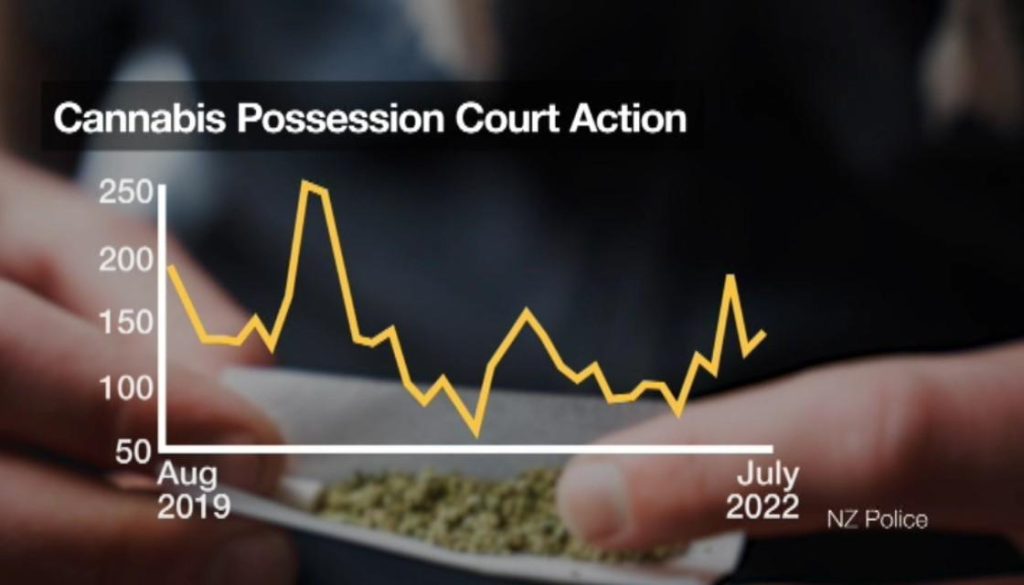 Whenever members of law enforcement are allowed to decide when to arrest someone and when not to, it creates a situation that is ripe for selective enforcement. The only way to ensure that doesn’t happen is to end cannabis prohibition.

Cannabis advocates inside and outside of New Zealand will continue to call for meaningful reform regardless of the misleading talking points that are offered up by opponents. As momentum continues to increase outside of New Zealand’s borders for legalization it will become increasingly difficult for prohibitionists to maintain the status quo.